Kabbalah is a generic name for a vast body of knowledge and a school of thought dated, according to tradition, to the early days of humanity. There is a legend that the first book of Kabbalah has been given to Adam by Angel Raziel.

Kabbalah, from the Hebrew word kibel – received, means knowledge, wisdom that has been received by one Kabbalistic master from another along many generations all the way down to Adam through Abraham the Patriarch, Moses, Rabbi Shimon Bar Yohai, The Ari and many others along these lines of received wisdom.

The Kabbalistic school of thought is using the Bible (or TaNaKh) as its major source of teachings. The other major books are The Book of Formation (Sefer Yetsira) and The Zohar. In addition to these books the wisdom of Kabbalah is based on thousands of books that have been written along thousands of years. 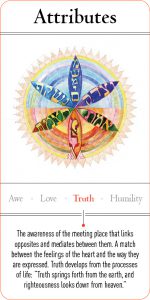 Kabbalah had great influence on the development of human spirituality. The creed of the Monotheism of Abraham is the existence of an Endless God that is above the limitations of time and space. God, or the Endless Light, as the Kabbalists referred to Him is as an endless power of love and goodness; He is capable of doing only good and the whole creation is emanated from His blissful Light. Evil is the absence of God’s Light or the distortion of His bliss through the limits we put on the flow of His grace when we choose our egotistic needs and drives.

This revolutionary perception of the nature of God brought to the world the belief in the right of every human being and every creature for respect and happiness since we are all extensions of the One God that is above The Creation. He sustains everything and without the flow of His bliss nothing can exist.

It is very easy to find Kabbalistic principles and teaching in the core wisdom of most religions or spiritual teachings.
Many of the greatest people who are considered to be the founders of modern Science have been influenced heavily from its teachings and saw Kabbalah as the greatest hope humanity has in order to achieve redemption from its sufferings.

Zohar from the beginning: