The 72 Names of God as it appears in the Zohar, Parashat BeShalah

Complex techniques for the use of the Names can be found in the writings of Rabbi Avraham Abulafia, in the Arizal writings and in “Sha’arei Kedusha” by Rabbi Haim Vital

There are multiple references for the 72 Names in Jewish tradition in connection with many miracles such as the Splitting of the Red Sea, resuscitation of dead people and more. 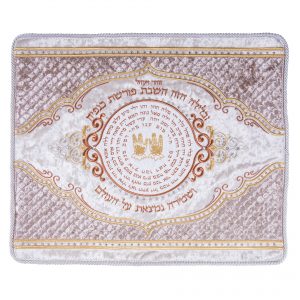 Hallah Cover with an embroidery of the 72 Names

In the story of the Splitting of the Red Sea (The Book of Exodus), it is said that the Israelites leave Egypt after The Ten Plagues defeat the Egyptians. After walking for six days in the desert, they reach the Red Sea, with Pharaoh and his army after them. The people shout a cry of horror and Moses turns to the Lord who replies: “Why are you shouting to me? Take your staff, leaning it on the sea, speak to the children of Israel and let them travel. “That is, the one who split the Red Sea is Moses and not the Almighty. How did he do it? How did his staff carry the power that allowed him to do so? The Zohar says that Moses used a combination of letters, encrypted in the three verses describing the splitting of the Red Sea (Exodus 14, verses 19-21). Each of the verses has 72 letters, and the code for the sea-splitting-miracle consists of 72 different combinations of Letters: Each combination contains a letter from the first verse, a letter from the second verse, and a letter from the third verse.

Why three verses? The Three Columns – right, left and center (Abraham, Isaac and Jacob, Hesed, Gevurah and Tiferet (proton, electron, neutron) – the elements of – fire, water and air). Because the first verse, the essence of the Right Column, is Hesed (the drawing of Bliss from the divine) it is written in the table from right to left, from beginning to end. The second verse – Left Column, Gevurah (from bottom to top) is written in the opposite direction. The third verse – the Central Column, Tiferet (which represents the Hesed overpowering Gevurah), which symbolizes The Right controlling The Left – is written, again, from right to left.

Using the 72 Names of God

The 72 Names for healing, protection and for financial success 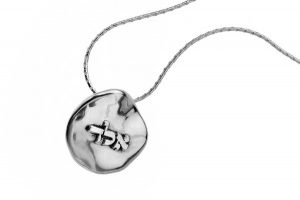 It is customary in Jewish communities to bless the sick at the synagogue during the Shabbat Torah Reading. The Kabbalists encrypted in this traditional common blessing a verse שבת היא מלזעוק  the initials of this verse are the letters of the 6th name of the 72 Names of God – Mem, Hey, Shin מ.ה.ש that is for healing.

According to the Arizal, the 2nd name Yod, Lamed, Yod י.ל.י is to be used for healing while visiting the sick.

The 72 Names for Protection

This name has, by tradition, the power to create protection, eliminate negatives and anything that threatens us.

The 72 Names – for Sustenance

How should the 72 Names be used? 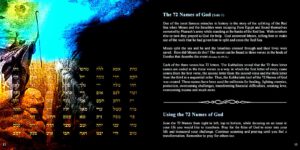 Kabbalah-Judaica of the 72 Names of God: Art – Jewelry, Embroidery, Paintings