The Universe, as we know it, is very organized and has clear and defined rules. In modern science, the disciplines of physics, chemistry, biology and ecology, all deal with understanding the Laws of Nature, and the conclusion, after centuries of scientific research, is that the Universe is a place of very precise rules. It is still not possible to decipher all of them, but it is generally agreed, that the order of the Universe is extraordinarily complex.

It was supposed to be, that once we understood the rules of the Universe, our lives were to have run smoothly. However, on the contrary, the human race, throughout the ages, has experienced its fair share of suffering, confusion and disorder. In fact, in almost every arena of human existence, chaos abounds, as opposed to the perfect order that exists in the areas where mankind is not involved (animal kingdom, planetary constellations, etc.). We could take for example, what has happened ecologically to our planet in the last few decades; we have managed to destroy almost every good part of our planet, directly and indirectly. Learning Kabbalah can help us to reverse the chaos, pain and disorder that we created.

God Does Not Get Angry 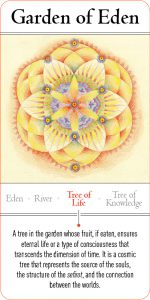 Kabbalah claims that the rules at work in nature, move the heavenly bodies in the solar system in perfect order, and so too, do the rules of nature at work in mankind, work just as precisely. Kabbalah studies these rules, the forces that affect us and every thought and action that we make. Kabbalah has answers and explanations for the purpose and existence of our everyday life. It answers the deep existential questions. What determines human destiny? What are the laws of cause and effect? Which “buttons” need to get pressed to get the desired result and what “buttons” don’t get pressed?

The Kabbalists say that the laws of destiny are as accurate as the laws of nature, so we can expect a result to happen for every action we make. Kabbalists understand the laws of “rewards and punishments”(the laws of cause and effect). For example, whoever puts his finger in an electric socket will receive an electric shock, not because he annoyed the electricity within the wires or the electric power company, but because it was a direct result of his carelessness.

In the same way, the Kabblists do not believe that fate is determined arbitrarily by the Creator’s mood, but by our actions. It says in the Book of Job, “For the work of a man will He requite unto him, and cause every man to find according to his ways” (Job 34, 11). Meaning, every action we take activates forces in return, as an even payment. The actions are automatic just like the laws of physics.

According to this approach, if we follow the laws of the Universe, we will get to live restful and spiritually complete lives, and if not, we shall continue to suffer from the ongoing chaos that dominates our lives. This parallels the judicial world, not knowing the law does not absolve one from the punishment.

As well as in life, not knowing the laws of the Universe does not prevent negative outcomes from occurring. If we do not recognize the principle of gravity, it will not stop us if we fall from a building. The result will be disastrous, no matter if we are Righteous or Evil. As the Holy Ari claims, “… the Creator cannot be corruptible and change his mind and the laws of creation.”

How to Understand the Rules?

Regarding the universal laws, one must remember that the rules bequeathed to us in the various fields of science (physics, astronomy, chemistry, biology, etc.) were not invented but only discovered. In practice, these laws existed and worked for many years prior to their discovery, but they were not known to us until the time was right for them to be revealed. Also, it is important to note that most of the universal laws known today were discovered not long ago, and even though we know more and we’re more scientifically advanced than ever, it is ironic that we still live in a world of disorder and chaos. Meaning, knowing these rules, has no benefit for us and does nothing to improve the condition of our lives. So how do we move forward from here? Kabbalah comes to teach us the rules of life and the basic condition for understanding them, is to understand the purpose of our existence. Therefore, the first thing we must understand is the purpose of our life. Then, we need to find out how to get it and the tools we need to use in order to achieve it. Otherwise, it’s like we’re living in no man’s land, without laws and order, drawn into a mess and chaos.

Now, how do we find the real purpose of life? That will be revealed in the next lesson.