The Splitting of the Red Sea According to Kabbalah

The Seventh Day of Pesah is considered to be a full holiday, according to the Torah, “On the seventh day, a holy assembly; do not do any work:” (Numbers 28:25). This day is known by the people celebrating the biblical holidays as the last day of eating Matsa and the last day of avoiding eating Hamets (leaven). Very few connect the holiness of this day, to one of the biggest events in history that has left a mark on the human imagination, The Splitting of the Red Sea.

The Miracle of the Splitting of the Red Sea was an opportunity to reveal humanity the ability of every individual to perform miracles on his own. The whole nation of Israel participated in the creation of the miracle. Their strongest tool was faith. In addition, they used the 72 Names of God, revealed in Exodus 14:19-21 (read more about the 72 Names in this link)

The Ari is asking in his book, “The Gate of Meditations”,

1st. Why is the Seventh day of Pesah considered to be a holiday, while the days before are not?

2nd . What is the significance of the Splitting of the Red Sea for us and what is the best way for us to get anything from that day?

First Week of the Counting of the Omer 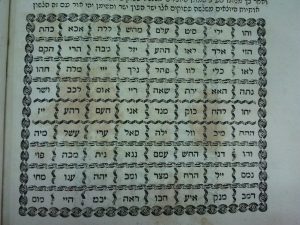 The Ari is teaching us that the light of freedom that has been revealed on the night of the exodus (the night of the Seder), was a revelation from above that arrived from the Supernal Emanator. This revelation enabled a change of consciousness by a nation of slaves, a transformation that made it possible for them to get up and leave their bondage, Egypt. The light of the Emanator caused the transformation, not an awakening of the Children of Israel trying to earn their freedom. Therefore, the light had to disappear the day after. After the Israelites tasted the taste of freedom, they fell back to the consciousness of slaves. However, the fall was not that deep, since the taste of freedom was still engraved in their minds and in their hearts, due to its greatness and might. We can see their behavior in the desert was more like the behavior of a nation of slaves and not that of a free nation; people who take responsibility for their lives.

During the days of the Omer, the Israelites worked fixing the impression that slavery had left in them from Egypt. Although they were free, the attributes of slaves ruled most of them; stress, fear, blaming, guilt, anger, cynicism, criticism, frustration, complaining.

Each one of the seven weeks of the Omer, the Israelites had to fix one of the seven lower Sefirot, so that in the end of the 49 days, they could reconnect to freedom- the Sefira of Bina, by earning it as opposed to getting a gift, and that happened on Mount Sinai, known as the holy day of Shavuot.

The Ari is teaching us that the Tikun (soul correction) of Sefirat Hesed, includes within it the other Sefirot, the same way Sefirat Hesed includes within it the Sefirot beneath it. Therefore, the first week of the Omer is full of great light and this is why those days are considered to be holidays in the biblical calendar. On the Seventh day of Passover the Tikun of the first week comes to completion and all the light of the first week is revealed and that’s what turns the seventh day into a biblical holiday, while the previous days are considered to be only semi holidays. Not by accident, this is also the day of the biggest test in the history of the story of the Exodus. This is the day the Israelites arrived at the Red Sea. While they were facing the big water barrier of the Sea, they are being attacked from behind by the Egyptian army. It is fairly obvious that the first reaction of the Israelites was fear and doubt. The fear and the doubt was a result of the consciousness of yesterday’s slaves. However, the fear was replaced with courage, and faith overcame doubt. Through the prayers of the Israelites to the Creator, they discovered a new road to the highest place any human has ever reached; they connected to The Thought of Creation, to the place where Bliss flows from. The Israelites discovered the secret of changing Nature and ruling over it. Moses splits the Red Sea with his staff and Nahshon, the son of Aminadav jumps to the water and the rest of the people follow him, the greatness of the biggest and most famous miracle in history is being revealed.

The holiday of the Seventh Day of Pesah is a great opportunity to connect to one of the biggest rites of passage of humanity; the ability to overcome doubt and the boundaries of human logic, the ability to connect to the source of Creation and to draw from there, the knowledge, certainty and faith that everything happens for the best.

The Rituals of the Seventh day of Pesah 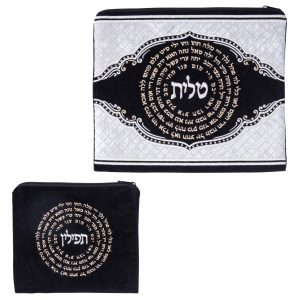 The Seventh day of Pesah is being celebrated like the other three pilgrimage holidays (Pesah, Shavuot, Sukkot); which includes the prayers and holiday meals.

Many communities who dwell by the water have a custom of congregating together on the Seventh day of Pesah at the beach (or any large body of water) to sing the song of the Red Sea.