The Force within Aries

According to the zodiac and the Torah, Nisan (Aries) is the first month, and that obviously projects on the characteristics of the Aries: always leading, being pioneers in places no one has been before, therefore, sometimes failing where no one has failed before. Taking Initiative, hot temperament, very energetic – they are the children of the zodiac.

Aries belongs to the element of fire. The Ari says, this element represents creativity, when you stare at the fire you can see how it creates endless forms and shape without stopping. The three zodiac signs of the Spring are related to the fire element and Aries in particular, is very creative, not boring.

The three letters below are called Imot (Mothers), and they represent the three primal elements of creation:

מ – Water – According to Kabbalah, this element represents the positive aspect of The Creation, the same as the plus sign in electricity or the Proton particle in the Atom, the power of giving, compassion and kindness. It is also called the Right Column.

ש – Fire – According to Kabbalah, this element represents the positive aspect of The Creation, the same as the minus sign in electricity or the Electron particle in the Atom, the power of receiving, The Desire to Receive, Gevura and Din. It is also called the Left Column.

א –Air – This element represents the balancing aspect of The Creation, the same as the neutral sign in electricity or the Neutron particle in the Atom, the power of balance and control, Mercy. It is also called the Central Column.

The rest of the Hebrew letters combined in two groups represents the Earth element:

ב,ג,ד,כ,פ,ר,ת, are the seven double letters (because they have hard and soft sounds in the old Hebrew language). These letters represent the forces in the universe that created the seven planets (that we can see with the naked eyes) – Saturn, Jupiter, Mars, Sun, Venus, Mercury, and the Moon.

The meaning of the letter ד (Dalet) comes from the Hebrew word דל (pronounced “dull”), meaning poor. It symbolizes the consciousness of poverty and lack. Understanding that helps us understand why Mars, which controls Aries, is the planet of wars. Anyone who feels constant hunger, poverty and lack will be looking for fights. The one who already has everything does not carry that attitude in is life (why should he risk it all with a fighting attitude). Therefore, we might find many Aries who have affection for wars, hunting, sport Extreme (also called action sport and adventure sport), etc, as a hobby or as a profession.

The letter ה (Hei), which created Aries, has a great deal of power. This is the letter of Sefirat Malkhut, which represents life in our world and our Desire to Receive and is the vessel of the soul. Since our will power is what is controlling this world and everything depends on it, the name of Sefirat is Malkhut (kingdom in Hebrew), symbolizing monarchy and control. 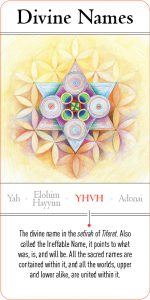 According to Kabbalah the division of the year into four seasons is in aligned with the four letters comprising the Tetragrammaton – one of the most powerful names of The Creator – יהוה.

The first letter – י, represents the spring and Sefirat Hokhma, which is energy of fire. The last two (Sefirat Hokhma and fire) give an extra power to the first three zodiac signs – Aries, Taurus and Gemini.

Aries belongs to the group of the fire signs, which arrive in springtime and fire is its element anyway. Signifying, super fire. That explains the personal power and renewable energy of Aries. When Nisan begins, it allows each and every one of us to connect to this renewable, rejuvenating force. This is also the secret of Passover being celebrated in the middle of the month of Nisan – the Exodus, breaking out of bondage and slavery (chains of the past) into freedom and renewal.

The super-fire power of Aries severely affects Aries pride and ego. Certainly, without the ego they could not be pioneers, going out into new adventures, or try to break out of boundaries. However, the ego, on the other hand, also blinds people and makes them insensitive to others. The typical Aries can easily fall into the trap of insensitivity and not be aware of their environment; they have so much inner noise that they cannot make room for other information from the outer world. It is known that Aries have difficulty learning from their mistakes.

More clues to the Aries power and its connection to Mars can be found in the name. In Hebrew Aries stands for Taleh (טלה) in Gematria (every Hebrew letter has a numerical value) equals 44, which is also the numerical value of the word דם (Dam = blood). The blood power affects the Aries hot temperament and also every one of us when Nisan begins. In addition, being the first of the months, according to Kabbalists, makes it determine the wars and conflicts in the year to come (exactly as in Rosh Hashanah, when livelihood and life are being determined), Therefore we should be very cautious on this time.

Our inner and external wars are a result of slavery to our urges, drives and fears. Nisan gives us the opportunity to break out of slavery and liberate ourselves, creating a peaceful, quiet life in the year to come. In order to do so, we need to do learn the nature of this zodiac sign and the awareness related to it. That will help us to overcome our own zodiac sign, the stars, moon and sun, our past obstacles, difficulties and failures, overcome everything. That is the power of Nisan and Aries.

The Torah says, on the tenth of Nisan, as a symbolic act of control, the Hebrews took a lamb (Aries) and tied it to their homes. Then, on the twilight of the 15th day they slautered it and roasted it on the fire.

Fire can come in different forms; fire of success, fire of anger, grudge, etc. The only way to fight a negative fire is with a positive fire of enthusiasm. The RAMHAL (Rabbi Moshe Haim Luzzato) says that every time we feel depressed we should behave as though we are happy. We have to do everything with joy and a feeling of spiritual uplifting, even if we feel or look stupid. It is known that the moment we act joyfully our brain secretes endorphins and serotonin that make us feel “high”. In other words, sometimes, in order to balance ourselves, we have to move from one extreme to another and by doing so, take control. It is not by chance that this change is done precisely during Passover.

As we know, the name Passover is used because, The Creator passed over the Hebrews’ homes in the final phase of the Ten Plagues of Egypt. This “passing over” or “leaping over” that is the exact jump we can gain and bring into our life. This is also the secret that lies within the name of the month of Nisan, from the Hebrew word Nas (in Hebrew – flee / escape). Nisan allows us to flee from the place we were, to a new and higher place that will allow us to start over, liberate us from our past chains, old habits and behaviors.

We said that the lamb (Aries) represents the ego, and we toast it on the good fire of enthusiastic and positive work, then we eat it with Matsa and Maror. According to the Zohar, Matsa symbolizes the reduction of the ego (bread symbolizes the bloated ego and the Matsa is its medicine. It has the power of contraction and control). Maror – The Bitter Herb is known by ancient Herbologists to symbolize the frequency of Planet Mars, since its flavor is bitter as the taste of wars and death. When we eat the Maror, we need to do so with the intention of overcoming the death within us that is usually expressed in fights, disputes and demolition. Maror (מרור) has the numeric value of 446 and death (מות) has the same numeric value.

After doing all of the above and overcoming death within us, we pray on the following morning the prayer of the Tal (Dew). Tal, according to Kabbalah, is an amazing thing. First, it is all water and not fire. Second, a spiritual Tal is the power that motivates and is essentially the cause of renewal. The prayer of the Tal connects us to renewal and abandoning old habits. This is the power of Passover and Aries that allows us to jump over slavery to freedom.