Lag BaOmer is the holiday of the Zohar and study of Kabbalah. On this day Rabbi Shimon Bar Yohai completed his teachings of the Zohar (the chapter called The Idra Zuta), and on this day he left this world. 1,900 years later, this day is the biggest popular celebration in Israel, when hundreds of thousand flock to Meiron, his burial place, in the upper Galilee, Israel. Lag BaOmer is being celebrated in Israel and in many other places around the world.

Lag BaOmer According to Jewish Tradition 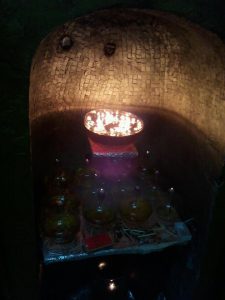 Lag BaOmer is the thirty-third day of the counting of the Omer and it falls on the 18th day of the Hebrew month of Iyar. Lag BaOmer is one of the Jewish holidays that are not mentioned in the Torah. Mentioned in the Talmud, however, is the story of a great disaster that occurred during this time period (The Omer) – an epidemic hit 24 thousand students of Rabbi Akiva and this is one of the reasons why the Omer is considered a sad time by many. In any event, any joy that is attributed to the Omer, is found on the 33rd day of the Omer and attributed to the death of Rabbi Shimon Bar Yohai (the author of the Zohar – the complete writings of Kabbalah).

The custom is that every year, hundreds of thousands flock to the grave of Rabbi Shimon Bar Yohai on Mount Meron (Israel). Also, on Lag BaOmer, it is customary for three year old children to get their hair cut for the first time (the ceremony is called the Halake). It is customary to light bonfires on the evening of Lag BaOmer

Lag BaOmer according to Kabbalah

According to Kabbalah, upon the death of a righteous Sage, all the light and goodness that he was responsible for during his lifetime, is revealed, and on his death anniversary, it is possible to connect to these forces. On Lag BaOmer, the energy that we can connect to, is the light of enlightenment that Rabbi Shimon Bar Yohai revealed to the world by writing the Zohar. In particular, due to the fact that Rabbi Shimon Bar Yohai wrote the final chapter of the Zohar on the day he departed from this world ( the 33rd day of the Omer), all the power revealed from writing the Zohar, is especially available on this day.

Why did Rabbi Shimon Bar Yohai choose to leave on the 33rd day of the Omer and not on another day? Each week the counting of the Omer represents one of the seven Sefirot of The Tree of Life – seven levels of consciousness, and every day of the week represents a different level – a different Sefira. As has been previously explained and commonly understood, the Omer is a period that requires caution. It is a time where there is an opening in our consciousness as it enters a stage of Katnut (smallness) and because of this, there is a possibility of being exposed to the danger of instability and loss of control.

Lag BaOmer is the fifth day (Hod) of the fifth week (Hod) in the seven weeks counting of the Omer, and that makes it Hod of Hod. The Sefira of Hod has a large concentration of judgements. Therefore, the day of Lag BaOmer was considered the most difficult day of the 49 days counting period.

Rabbi Shimon Bar Yohai deliberately chose to leave the world on this day because he knew that his leaving would reveal a huge amount of light that would mitigate/repair the judgment that existed on that day.

This is the day when he completed his important work – the Zohar, and revealed the Light of Splendor to all of humanity, then, now, and until the end of time. It is therefore no wonder, that on this day, there is a huge relief and a sense of joy, after days of judgment. 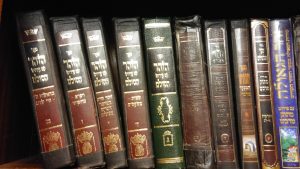 Rabbi Shimon Bar Yohai lived during the time when the Romans ruled over Israel. Like many other members of the Jewish people at that time, he objected to the rule, but unlike many of them, he was not afraid to speak his mind, and therefore the Romans issued a death penalty for him. He and his son were forced to flee and hide in a cave for 13 years, where they sat and learned all the secrets of the Torah. When they left the cave, eight of them gathered together and were the founders of the Idra Rabba (Great Assembly). Rabbi Shimon taught all the secrets of the Torah and together, they reached a level so high, that three of them, actually competed their soul correction (Tikun) and angels came and took them to heaven. In the Zohar, in the portion of Ha’azinu (The Idra Zuta section) it is narrated, ” That when he chose to leave the world,” that a fire surrounded the house all day where Rabbi Shimon was teaching for the last time. “Now is a time of good will (Et ratson – when the Universe is open for prayers and requests, a time of great support for true spiritual transformation) , “ … and I want to go shamelessly to the next world.” There are many, “… holy secrets that I have not revealed so far … and it can’t be said that I’ve left the world without fulfilling my mission …”. So Rabbi Shimon taught his students the secrets he’d never revealed to them before, to complete their initiation and in preparation of his leaving. This is why there is a tradition to light bonfires on the night of Lag BaOmer, in the memory of that night.

At the end of the Idra Zuta section, Rabbi Aba describes the way Rabbi Shimon left the world (Zohar, Ha’azinu, Verse 196): “Rabbi Abba said, the holy light (Rabbi Shimon Bar Yohai) finished the sentence with the word Life, and his words stopped. I was writing, and I thought to write more, but I could not hear anything. When I raised my head the light was too strong so I couldn’t see anything. Suddenly, I heard a voice saying, ‘length of days and years of life … “Then, I heard another voice,’ He was asking you for life… ‘All that day, the fire did not stop from the house, and there was nobody who could approach Rabbi Shimon. All that day I fell on the ground and cried. After the fire had subsided, I saw the holy light, the holy of holies, That he’s left this world, lies on his side, his face laughing … Rabbi Elazar, his son, got up and took his hands and kissed them. I kissed the ground under his feet. The other members of the group wanted to cry, and could not speak … and Rabbi Elazar, his son, fell 3 times, and could not open his mouth. Later, he began, my father, my father, we’ve been three and now it’s only me alone. (there were, Elazar, and his father Rabbi Shimon, and his grandfather Rabbi Pinhas Ben Yair). Now I’m left an orphan from my grandfather and from my father … Rabbi Hiyya stood up and said, all those days the holy light (Rabbi Shimon) was taking care of us, now is the time for us to take care of him… the whole house was filled with the smell of good scents… his bed rose in the air… then left the house and fire was burning before it. They heard a voice from heavens: “Come to The Hillula (Celebration) of Rabbi Shimon, now he can rest in peace”. Rabbi Shimon’s bed entered a cave and this is where he’s buried till this day.

In order to connect to the light and bliss available on this day, you can light a candle in memory of Rabbi Shimon or light a bonfire. Of course, by reading the Zohar on this day, the reader brings blessing to all of his surroundings, on this day and every day, according to the Sephardic and Hasidic traditions.

For additional study you can enter the Live Kabbalah Universuty.