According to Kabbalah, at the beginning of a new year, each person gets from the Creator endless life, light, prosperity and wealth for the coming year. However, our negative emotions, belief system and negative actions block that endless bliss from coming in. Rosh HaShanah is a great opportunity to cleanse ourselves and refill. The Zohar explains that on this day the world goes back to its original state as it was on the day of Creation. That is in order to give us an opportunity to renew and refresh ourselves. This is similar, in a way, to nature’s cyclic renewal and season changing.

Rosh Hashanah according to Tradition

Rosh Hashanah is celebrated on the first two days of the Hebrew month of Tishrei (Libra) and it indicates the beginning of the year according to the Hebrew calendar. Rosh Hashanah and the following days till Yom Kippur complete a period that starts in the beginning of the month of Elul (Virgo), in which people go through self examination and ask forgiveness for their deeds during the last year. According to Jewish tradition, on this day the Creator judges all people for all their deeds and decides about all that will happen to them in the coming year, and from here it gets its name: “The Day of Judgment”.

Introduction for the High Holidays of Tishrei

22 Days – The process of starting a new year

Rosh Hashanah is mentioned in the Bible in Leviticus 23:23-25:

“And The Lord said to Moses, “Speak unto the children of Israel, saying: In the seventh month, in the first day of the month, shall be a solemn rest unto you, a memorial proclaimed with the blast of horns, a holy convocation. You shall do no laborious work; and you shall present a fire offering to the Lord.”

The Sages of blessed memory saw the phrase “Teru’ah memory” as an order to blow the shofar (Ram’s horn) in order to awake people for repentance. From here Rosh Hashanah got its second name – “Day of Teru’ah (Horn Blowing)”.

Rosh Hashanah according to Kabbalah 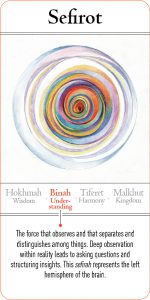 The Hebrew calendar is a spiritual calendar based on the wisdom of the Bible. The ancient sages that completed the calendar were great Kabbalists, according to which each holiday is a gate in time that allows an entrance to a higher dimension, and from which we are able to draw prosperity and blessings and improve our reality.

Rosh Hashanah is called “Day of Judgment” as well, therefore it is important to understand the internal meaning of the term. “Judgment” means a stop or delay, yet it can be understood in both directions. It may be blocking and interrupting, for example: negative angels we have created by our actions, words and thoughts. These become our prosecutor on Rosh Hashanah and throughout the whole year, and they prevent the good from filling our lives. It may be a positive judgment, for example: getting to a stage of spiritual awareness, meaning we have learned to delay, to stop, to block and to cancel negative feelings, selfishness and lack of sensitivity within us and to turn them into positive energy. Without the power of judgment we will not be able to progress and improve.

According to the Abraham’s Monotheism, the Creator is endless and all He wants is to benefit his living creatures. The future of all people is not determined by a heavenly court, but rather the Universe operates in a way of cause and effect. That is: a positive action will create positive results and vice versa. Therefore, People have the power to destroy or to build, to draw light and prosperity into their lives or to stay in darkness.

At the beginning of a new year, each person gets from the source of Creation endless prosperity and wealth for the coming year. A clue for it we can find in the word “Beresheet” (In the beginning… Genesis 1:1) the first word in the book of Genesis is made of the same letters of “The first day of Tishrei” (Alef BeTishrei – The Hebrew date for Rosh Hashanah). The Zohar explains that on this day the world goes back to its original state as it was on the day of Creation. That is in order to give us an opportunity to renew and refresh ourselves. This is similar, in a way, to nature’s cyclic renewal and season changing.

In order for us to be able to draw all the prosperity for the coming year and bring light into our lives, we should make some space for it and remove the darkness from within. This darkness is being referred to as Satan. According to Kabbalah, Each person carries plenty of “negative angels” that he has created by negative deeds and thoughts. These angels that we have created by ourselves, are the Satan (Satan is a Hebrew, Biblical, word that means “The Disturber”) who prevents and delays prosperity from entering our lives. Since we have created him, only we have the ability to cancel and remove him. The preparations for Rosh Hashanah, the prayers of the holiday and blowing the Shofar are meant to remove Satan from our lives.

Teshuva – the meaning of this term is coming back, meaning, coming back to ourselves. The soul of a person is a spark of the Creator; therefore it is good in essence. Therefore, all we have to do, is to come back to “the real me” within. This will enable the Light of the Creator to fill us with all its bliss during the days of Rosh Hashanah. Another explanation is that, according to Kabbalah, our negative thoughts and actions create within our lives bad angels, angels of darkness. Teshuva is a meditative technique of going back (shivah) in time to those unpleasant moments in which those angels have been created, re-running our movie, while using a mental process of “Cut” and “Replace” the dark moments with ones of light. By cleaning the soul and changing our nature and temperament we remove those dark angels from our life by taking away the power with which we have nourished them at the moment of their creation. This process enables us to get to the point of correcting our soul and bringing it to completion (Tikun).

Forgiveness (Seliha) – the Hebrew letters Samekh, Lamed, Het have the numeric value of 98, which has the value of: Tsah (clean, pure). Therefore, forgiveness allows us to clean and purify the soul and to release ourselves from the bonds of hatred and jealousy. 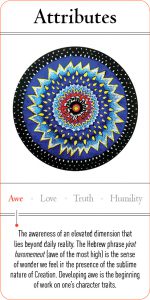 Prayer – The words of the holiday prayers have been written by the Kabbalists of ancient generations. These ancient prayers have the power to raise our awareness to upper realms where we can connect to the powers that will help us improve, purify and clean our destiny from all evil.

Shofar – In the Zohar, Leviticus, verse 67, it is written that the Creator said to the Israelites not to be afraid since he is standing at the entrance… and asks them to give him the strength, and with what? The Shofar.

The Shofar is an instrument made of Isaac’s ram. It was on the day of Rosh Hashanah that Isaac was brought by his father up to the altar. Isaac, who is considered to be the divine chariot of the Sefira of Gevura (Left Column, Desire to Receive and Judgment), was bound by Abraham, the chariot of the Sefira of Hesed – unconditional love and giving. The Binding of Isaac symbolizes the person who takes his destiny in his hands, sacrifices his judgment and binds it using love and sharing, an action that allows opening life to prosperity, bliss and good fortune. The blowing of the Shofar has power, by knowing the right meditations, to bind the judgment and remove it from us. Of course, there is a need to connect Teshuva to and forgiveness to the act of Shofar blowing as a necessary condition for its success.

About the prayer and the Shofar blowing it is written in the Zohar:

Rabbi Elazar and Rabbi Aba were sitting. Rabbi Elazar said, I saw that my father, on the day of Rosh Hashanah (The Hebrew New Year) and on Yom Kippur, refused to listen to the prayer of a man, unless he was with him three days in advance to purify him. As Rabbi Shimon used to say, by the prayer of the man whom I purify, the world is atoned for. All the more so by the blowing of the Shofar, for he did not accept the Shofar blowing of a man who did not have the knowledge of blowing according to the meditation on the secret meaning of blowing. (Zohar, Vayikra, verse 302).

Nullifying of the Vows

A ceremony, commonly done on the last day of the year before the holiday begins. According to Kabbalah, vows that a person takes and does not fulfill can delay his spiritual growth and block the connection of his soul to the Light of Creator. This ceremony of is supposed to release us from these bonds. The ceremony takes place in front of three men, serving as court, while a text is being read in front of them announcing the annulment of the vows (for the transliterated text click here)

Special dishes of the holiday

On Rosh Hashanah there are customs of eating certain foods or dishes on the two nights of the holiday in the beginning of the holiday meal. These foods are called “signs”, and there are special blessings before each one of them in order to wish ourselves a good year ( You can download here the Rosh Hashanah Meal, Blessings on the Food).

On the afternoon of the first day of the holiday, there is a custom to go to a river side, a sea shore or any other water place and say there the prayer of “Tashlikh”. According to Kabbalah, this custom is meant to throw away the negative powers we have accumulated.

The Seventh Day of Passover

The Counting of The Omer

Tu Be’Av – The Holiday of Love