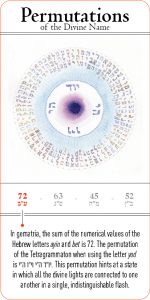 When Moses descends from the mountain with the tablets he encountered the Golden Calf, an event that is difficult by any opinions, especially considering the fact that Moses labored for many months to bring a nation of slaves out of Egypt to become a free nation.

Moses’ response to the disaster is a big lesson for anyone who wants to know how to respond in cases where it seems to us that our vision has collapsed, our business has collapsed and all our dreams fell into the abyss. Moses does all he can to focus on the minimization of the disaster and on an immediate treatment for the problem. Moses’ prayer to the Creator, he focuses on what appears to be the most important matter. Instead of being immersed in feelings of guilt and despair, loss and frustration, Moses focuses on something else: He came to the Creator of the world with a demand that is seemingly Chutzpah. After all the gifts that the Israelites have received: Ten Plagues, the Exodus, the pillar of fire and the pillar of cloud, The Splitting of the Red Sea, manna and water from the rock and especially Mount Sinai Revelation and the transcendence over death, Moses claims that this is not enough to purify the death and slavery from the heart of man, and it requires an even more powerful remedy. God’s answer is the Thirteen Attributes, another gift; Kabbalists claim that its power comes from the highest places in the tree of life. These Thirteen Attributes are a gift that promises forgiveness and atonement, the heart and mind remedy.

For this reason, the Selihot prayers that can be found in the days of Elul and the Ten Days of Repentance to the closing prayer of Yom Kippur revolve mainly around the Thirteen Attributes of God as a tool for attracting help, mercy, purity and refinement of the source of mercy and love.

Whoever understands the meaning of the Thirteen Attributes and uses them in his prayers, his prayers will be answered … and now that we are in exile and we do not have a High Priest, an alter and The Temple for atoning, we have only the Thirteen attributes for atonement …

The Thirteen Attributes and The Ari Kavanot

The Kavanot of The Ari and Rashash (Rabbi Shalom Sharabi) for The Thirteen Attributes are wide as an ocean, here are some of them:

Initials NaHaL (River), a holy name that is capable drawing Mercies from the Divine River.

Hesed La’Alafim (La’Alefim) – To draw the lights of the Divine Good Will of Keter, The Divine Hesed to the three holy names of judgment that start with Alef  –  אהיה, אלהים, אדני.

Numerical value of 161 = Mikveh = אלף הי יוד הי The spiritual Mikveh that can purify all sins. 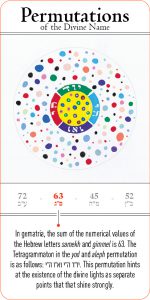 Adonai — compassion before a person sins;

The power of the Thirteen Attributes is very big and one shouldn’t use them by himself, only with a congregation, unless he can read them with its biblical melody as reading the Torah